Advice when pipelines cross your land 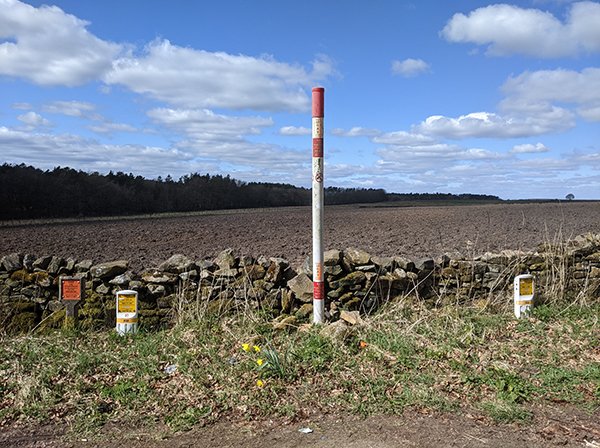 Sewers, Water Pipes, Gas Mains are but a few of the numerous types of utility infrastructure crossing the land.

You may be approached by a local authority, utility company or private developer who may wish to lay an underground pipe across your land.

Section 159 of the Water Industry Act 1991 gives a sewerage undertaker or water company power to lay a “relevant pipe” in any land on giving appropriate notice.

Section 180 and Schedule 12 to the 1991 Act makes provision for compensation to be paid in respect of pipe laying works in private land.

A developer can either negotiate an easement privately or seek the relevant authority to obtain the rights using appropriate Acts and Statutory Powers.

Can a ransom value be demanded if for instance a pipe is laid under Statutory Powers?

Answer – Probably if it can be shown the developer could not cross other lands thereby avoiding the ransom land.

Has the landowner been prevented from selling the ransom land?

Answer – If yes, then a before valuation should take the ransom value into account when formulating a claim.

A capital payment (or recognition payment) is made to the owner which reflects a percentage of the capital value of the freehold strip affected. This payment was extended to the full working area under St Johns College Oxford v. Thames Water Authority (Lands Tribunal 1990) together with compensation for injurious affection paid for adjoining retained property owned by the claimant which was affected ie not limited to just the strip of land under the easement.

In addition, there are “occupiers payments” and these should be negotiated with the undertaker or developer to ensure all losses are addressed.

The Gas Act 1986 as amended by the Gas Act 1995 contains powers authorising a public gas transporter to compulsorily acquire land or any right or new right in your land.

The procedure and provisions regarding the assessment of compensation can be found in Schedule 3 of the 1986 Act.

Where a public gas transporter is proposing to lay a new gas pipeline they should propose a route and invite affected landowners to voluntarily enter into a deed of an easement at standard rates per metre run of the pipeline as offered based on agreements with the Country Landowners Association and the National Farmers Union. An additional payment may be offered as an incentive for the early signing of a deed of easement.

Where agreement cannot be reached and compulsory powers become necessary the Acquisition of Land Act 1981 will apply and compensation dealt with under section 7 of the 1965 Act.

“In assessing the compensation to be paid by the acquiring authority under this Act regard shall be had not only to the value of the land to be purchased by the acquiring authority, but also to the damage, if any, to be sustained by the owner of the land by reason of the severing of the land purchased from the other land of the owner, or otherwise injuriously affecting that other land by the exercise of the powers conferred by this or the special Act”.

Note the above compensation of the right granted is not its open market value. The compensation is the depreciation in the value of the land through which the new right is acquired. This does however preserve the right to claim for injurious affection and severance in respect of any retained land.

Heads of Claims should include (but not limited to) all losses incurred by the owner (and occupier) such as:

Are you having a pipeline issue that is causing problems with your land?

If you have an existing pipeline that is causing issues to your land such as drainage or subsidence or you are approached by a third party to cross your land with a new pipe, then please do get in touch with W.T. Parker on 01246 232156.

We are here to ensure your rights are protected and you are fully compensated.

Landowners can contact us as your Land Agent to discuss any pipeline compensation issues that you face.